Following the 2019 AGM, the Board met to elect a new team. We would like to thank the outgoing members for their much appreciated services: Ishrat Abid, Hermane Ligue, Arnaud Ludig and Marine Rigal.

Colette Raphael, RPh, B.Pharm, BCPP, MHA, CHE, is a pharmacist specialized in psychiatry. She received her Bachelor of Science in Pharmacy from the Université de Montréal. In addition to the hospital environment, she also has extensive experience in the community, the pharmaceutical industry and the long-term care sector.

Colette holds a certificate of specialization in psychiatric pharmacy from the Board of Pharmaceutical Specialties (American designation). She also holds a Master’s degree in Health Administration and is a Certified Health Executive (CHE) with the Canadian College of Health Leaders (CCHL). She often gives conferences on various topics related to mental health and addiction in both official languages (French and English).  She is particularly interested in popularizing mental health in Francophone communities to increase understanding of mental illness and reduce stigma.

Colette joined the Board of Directors of CAH in the fall of 2016, and took on the role of Secretary in 2018. She is a member of the Board’s Governance Committee and Nominating/Recruitment Committee. 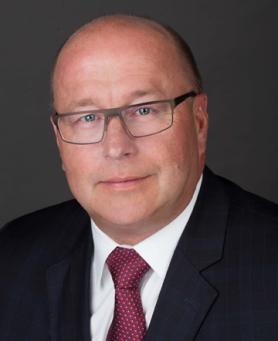 Marek Nesvadba, grew up in Montreal where he completed his college studies at Collège Jean-de-Brébeuf. After graduating from McGill University with a bachelor’s degree in industrial relations, Marek began a 22-year career in human resources with two large multinational organizations. He then became vice-president and general manager for a company working in the industrial distribution sector. Today, Marek is president of a consulting firm in Toronto.

He joined the CAH Board of Directors in October 2015 and filled the role of Secretary in 2017. He is Chair of the Appointments Committee and is also a member of the Governance Committee and the Legal Committee. 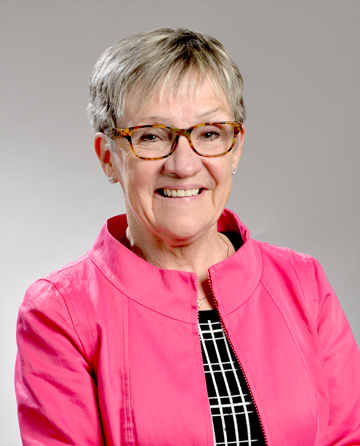 Sylvie Lavoie has been a member of the Chartered Professional Accountants of Ontario since 1992. After studying in the Bahamas and Boca Raton, Florida, she completed a Bachelor of Management degree from York University in 1976. Her experience in accounting, internal audit, accounting systems and operations includes Canadian General Electric, Ultramar Canada and Tupperware Canada. Since 1989, she has been a consultant, helping small and medium-sized businesses choose software, apply it and train staff to manage their own finances. Sylvie Lavoie taught part-time at Seneca College and was Treasurer of the Toronto Hydroplane and Sailing Club for two years. She currently is the Treasurer of Reflet Salvéo and Toronto Search and Rescue (TSAR).

Sylvie is founder and president of the Fondation Hélène-Tremblay Lavoie Foundation, created in 2010 to help address a critical shortage of long-term care and dementia care for Francophones in the Greater Toronto Area. The Foundation is the way to advocate on behalf of Francophones, particularly those in the later stages of their lives, to give them the opportunity to live in French and enjoy a well-deserved quality of life equal to what all Ontariens are entitled to expect.

She was CAH’s Treasurer from 2008 to March 2011 and rejoined the Board of Directors in 2017 where she is currently Chair of the Treasury Committee. 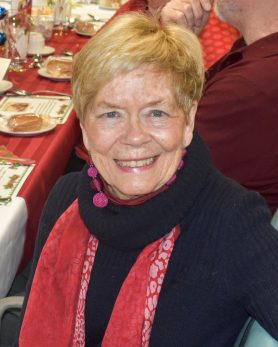 Raised in Burlington, Ontario, Joyce Irvine completed her undergraduate studies at McMaster University in Hamilton and her graduate studies at Harvard University in Boston. She holds a master’s degree in French literature and did doctoral work. Now retired, Joyce is a seasoned manager with extensive experience in the public and not-for-profit sectors at the federal, provincial and community levels. After serving as French language services coordinator in several provincial ministries and holding senior positions in community organizations, Joyce worked as a consultant specializing in French language services, official languages, project management and strategic planning. She continues to provide translation and revision services.

Over her career, Joyce has also been a member of several boards of directors (Réseau franco-santé du Sud de l’Ontario, Reflet Salvéo). Joyce has been a member of CAH since 2010 and a member of its board from 2010 to 2018; she served as board president from 2012 to 2014 and from 2015 to 2017 and sat on several committees. Following a one-year hiatus, she returned as the board secretary in 2019. 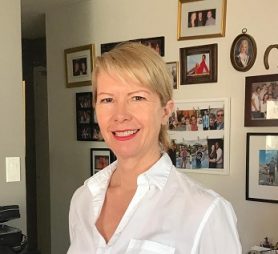 Karine Boucquillon was born in Montreal, grew up and studied in Belgium. She lived in France for about 20 years as an adult and holds dual nationality, Canadian and French. She is fluent in four languages.

Karine holds a Master’s degree in Political Science, with a major in International Relations and Public Administration, and a Bachelor’s degree in Commercial Engineering. After working as a researcher in the European Studies Department of the Faculty of Political, Social and Economic Studies of the University of Louvain, she later set up her own company in France, with a few years’ break in between to do theatre and raise her two children, notably on board a sailing ship. At the age of 45, divorced, she left France for Toronto with her two teenagers to start a new life and a new career.

Karine is Manager of Programs and Services for Immigrants at Collège Boréal, Toronto Campus, and is passionate about sailing and writing. She has been a member of the CAH Board of Directors since September 2019. 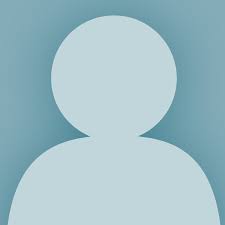 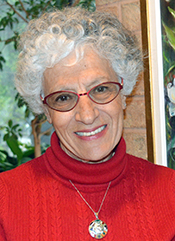 After graduating from York University with a Bachelor of Management degree in 1983, Claire Prest worked as a chief accountant in small and medium-sized companies in the computer and legal fields. In 1988, she obtained her professional designation and became a member of the Chartered Professional Accountants of Ontario. A few years later, she made the leap into public accounting. She then became responsible for audits including planning, verification of supporting documents, preparation of financial statements and corporate taxes for clients. In 2015, she was in charge of more than a hundred clients, assisted by the accounting firm’s staff. Meanwhile, she created her own company and developed a private clientele to serve the Francophone community. It provides accounting and tax planning services for small and medium-sized businesses and individuals.

Claire has served on several boards and committees including the Ontario Chartered Professional Accountants, Toronto Book Fair, Women’s Business Network, Longboat Roadrunners, and Toronto Bicycling Network, as President and Treasurer. She joined the Board of Directors of CAH in 2016 as treasurer and has been a Director since 2017. 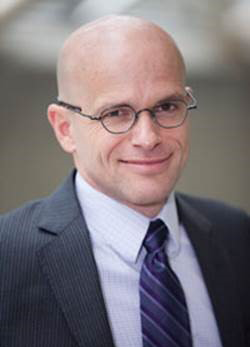 Denis is a corporate, commercial and securities lawyer with Ormston List Frawley LLP, a firm he co-founded in 2006, which advises clients operating in the mining and mineral exploration sector (in Canada and elsewhere in the world), in the high technology sector and in other sectors likely to attract innovative business people. Originally from Sudbury, he completed his Bachelor of Social Sciences degree at the University of Ottawa in 1996, and his law studies at McGill University in 1996 (Bachelor of Common Law and Civil Law). He was admitted to the Ontario Bar (1998) and the New York Bar (1997). Having lived in New York for several years, where he became a partner in an international law firm, he moved to Toronto in 2005.

Denis Frawley joined the CAH Board of Directors in 2013. Among his contributions, he has played a significant role in supporting the CAH’s administration in the resolution of a property tax dispute. This dispute was resolved in 2017 when the City of Toronto granted Place Saint-Laurent a property tax exemption that will result in annual savings of at least $350,000. 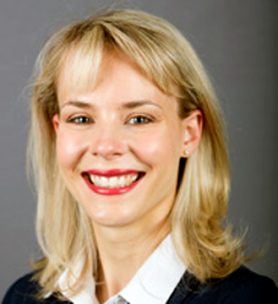 Jamie Guerra joined the Ontario College of Teachers in 2014 as a bilingual external relations coordinator. She now works in the Investigations and Hearings Division as a bilingual Complaints Coordinator. Jamie is an accredited teacher from Ontario and has taught French at Collège Boréal, Glendon College and Radio-Canada. She was also an academic advisor at York University where she obtained a Bachelor of International Studies and a Bachelor of Education. She completed a Master’s degree in International Relations at the University of Toronto.

Maryse Francella holds a Master of Education (OISE) and a Bachelor of Arts in French Literature (University of Ottawa). Her expertise in transformational leadership is the result of many years of experience in the field of education. Currently an independent consultant, she has been a project coordinator, author and reviewer of training resources, as well as a workshop facilitator on the themes of equity and inclusive education, parent engagement in school settings, and strategic planning for the active offer of French-language health services to English-speaking health service providers.

Maryse joined the Board of Directors of CAH in 2015 and was its Chair from June 2017 to June 2019. She is co-Chair or member of many Board committees. 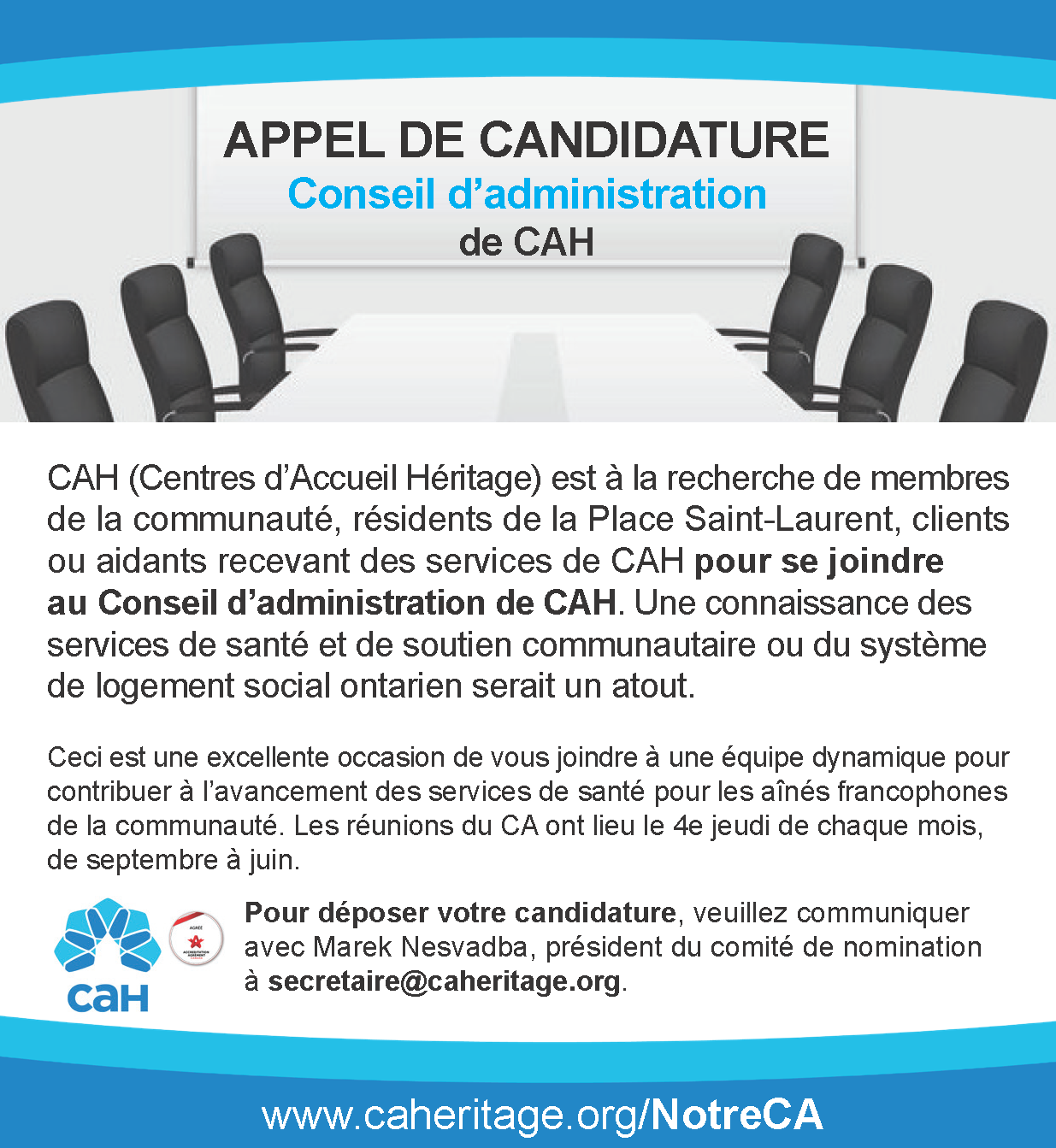